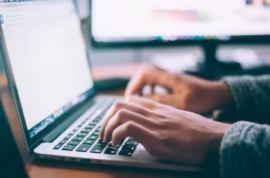 The Department of Labor has asked a Texas federal judge to toss a fiduciary rule lawsuit brought by a group of licensed independent insurance agents and the trade group Federation of Americans for Consumer Choice Inc. The agents and the trade group had sued the agency in February arguing that a December 2020 DOL regulation advances policies that the Fifth Circuit invalidated in 2016. Their complaint alleges that the 2020 rule illegally expands the definition of an Employee Retirement Income Security Act fiduciary. The plaintiffs moved for summary judgment in July asking the court to vacate the new interpretation of the law. They reasoned that the rule allows the DOL to "rewrite and expand" the definition of a fiduciary, much in the same way that the Fifth Circuit had ruled against it. The DOL, in a recent memorandum, said the plaintiffs adopted "several extreme positions" to conflate a 2016 agency rule with a newer version from 2020 and that they distorted Fifth Circuit precedent.

Finsum:The DOL asked a federal judge in Texas to toss a fiduciary rule lawsuit against the agency that claims its 2020 regulation advances the same policies that the Fifth Circuit invalidated in 2016.