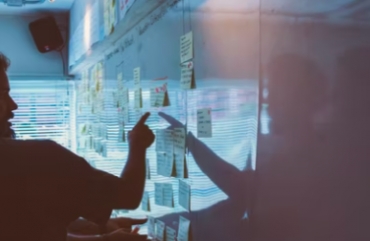 Inflation: the omnipresent bugaboo. As it continues to hang around a 40 year high in the U.S., to offset unabated volatility In the traditional stock market, many investors are plumbing for alternative strategies, according to glovenewswire.com as sourced from yieldstreet.

Now, fortuitously, in recent years. diversity and accessibility has evolved into the name of the game in alternative investment options. Yieldstreet, among other online investment platforms, have significant ratcheted up the ease with which investors can alter direction and sprinkle critical diversification into the portfolios, the site continued.

And there’s this: given the gaggle of strategies from which to select, all investors need do is home in on the alternative investment , such as P2P Lending, real estate or crypto, best sutured to for their specific investing style and level of risk.

So, if the stock market isn’t your cup of tea, according to investables-blog.webflow.io, seven best investment alternatives include:

In the event inflation extends beyond 3%, the site added, there’s as much as a 32% uptick in art sales.  When conditions hit the skids in traditional finances, investors head to the best alternative investments. That, most of the time? Bingo. Art.

No sweet ride: volatility’s creating a rocky road as far as sold market direction can see 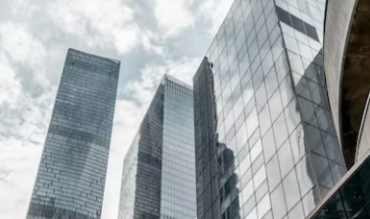 In the aftermath of what had been a sweet buzz of a ride, stocks are embroiled in another unwelcome turn, according to ally.com. Last week, of course, the S&P 500, bless it, threw in the towel of what had been a four-week run. This week? You go it; the setback continues.

So, what’s up with that? Well, let’s count the uncertainties. Corporate earnings season’s winding down. Summer? Vaulting into the rear view mirror. And the news cycle will slow to a trickle. It all spells a vacuum in solid direction which, right again, puts air under the likelihood of volatility, the site continued.

In fact, taking, well, stock, of the interest rate trend lines over this  summer, they’re more rocky than stable, according to money.usnews.com. The swings in the average 30 year fixed rates have been madcap, percolating and descending by as much as a quarter point per seek following a mid June peak to 5.81%.

The 30-year fixed rate went back up to well over 5% this week -- a reminder that recent volatility remains persistent, said Sam Khater, vice president, chief economist and head of Freddie Mac’s Economic and Housing Research division. “Although rates continue to fluctuate, recent data suggest that the housing market is stabilizing as it transitions from the surge of activity during the pandemic to a more balanced market.” 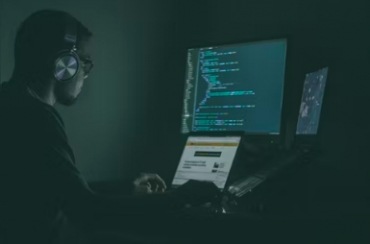 According to a Bank of America analyst, the cybersecurity industry is in the midst of a spending slowdown. The slowdown has mostly affected small and mid-sized businesses. While large enterprises haven’t shown signs of a slowdown just yet, this might change as larger firms may need to reduce budgets, likely starting next year. While the demand for cybersecurity solutions has been surging as war rages on in Ukraine, uncertainties from the global economic slowdown are starting to have an effect. Distributors are expected to see slowdowns in Identity and Access Management (IAM) and Virtual Machine (VM), while areas such as endpoint solutions, cloud security, and privileged access management are seen as more resilient. Companies such as Microsoft with its bundle offerings, and SentinelOne and CrowdStrike that provide endpoint security should benefit, at least initially. Cloud security providers Zscaler and Palo Alto Networks are expected to benefit as well.

Finsum: Uncertainties arising from the global economic slowdown have triggered a slowdown in spending on some cybersecurity solutions.

Active bond giant Pimco saw clients pull their money for a second straight quarter amid the global bond selloff. The firm saw outflows of $29.4 billion during the second quarter as investors fled bonds due to Fed rate hikes triggered by sky-high inflation. High-interest rates make bonds less attractive. This was after the California-based company saw $14.3 billion drawn by investors in the first quarter. Analysts at Citigroup noted that the outflows during the second quarter were much higher than expected. The fund company has been trying to navigate a less than ideal fixed income environment where high levels of inflation not seen in a generation are eroding the value of their bond holdings. Overall, Pimco’s parent company, Allianz, saw its third-party assets under management fall to $1.83 billion.

First Republic Bank’s wealth management unit added two wealth management teams to its ranks last week. The firm announced on Wednesday that a Merrill Lynch Private Wealth Management team that manages over $1 billion in assets left the wirehouse after 15 years to join First Republic in Palo Alto. Theresa Rutledge and Anthony Custodio, the lead advisors, each produce $4.3 million in annual revenue. Both have a $10 million account minimum. Then on Friday, the Silicon Valley bank announced that it lured another top producer to the bank, this time from J.P. Morgan Advisors. David J. Loeb generates $1.8 million in annual revenue and manages $250 million in assets. The advisor is located in Palm Beach Gardens, Florida, where First Republic is looking to expand. The company, which has over 200 brokers, has hired around five teams this year, which puts it on pace with its annual average of 10.

It might be easy to see why some opt for active fixed income strategies.

After all, they boast a host of advantages, including the paring down interest rate sensitivity and control duration risk, according to catalyst-insights.com.

Echoed npifund.com: Risk mitigation is the real advantage of active fixed-income management. Unlike a passive strategy, the active fixed route dispenses the opportunity set of investments beyond the fixed income benchmark index. Not only that, managers can hit or release the button on risk.

Additionally, with active funds, careful security selection may culminate in careful liquidity and quality analysis, according to etfdb.com. Rather than being on the hook for thousands of bonds to generate a carbon copy and index’s holdings, when it comes to security selection, actives pickers can be more discerning.

A new paper entitled ‘Active Fixed Income Perspectives Q3 2022: Bonds are back,’ the potential for active finds to uncover solid returns in the bond markets – even as default rates escalate and central banks try to leave things intact, the fixed income team at investment giant Vanguard’s fixed income team, fronted by Sara Devereux, has analyzed the potential for active funds to find solid returns in the bond markets.

Published in Economy
Page 3 of 36