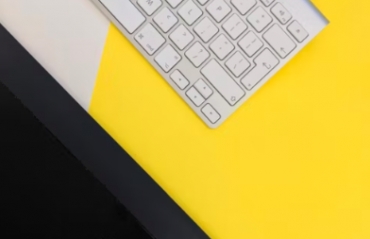 It might be easy to see why some opt for active fixed income strategies.

After all, they boast a host of advantages, including the paring down interest rate sensitivity and control duration risk, according to catalyst-insights.com.

Echoed npifund.com: Risk mitigation is the real advantage of active fixed-income management. Unlike a passive strategy, the active fixed route dispenses the opportunity set of investments beyond the fixed income benchmark index. Not only that, managers can hit or release the button on risk.

Additionally, with active funds, careful security selection may culminate in careful liquidity and quality analysis, according to etfdb.com. Rather than being on the hook for thousands of bonds to generate a carbon copy and index’s holdings, when it comes to security selection, actives pickers can be more discerning.

A new paper entitled ‘Active Fixed Income Perspectives Q3 2022: Bonds are back,’ the potential for active finds to uncover solid returns in the bond markets – even as default rates escalate and central banks try to leave things intact, the fixed income team at investment giant Vanguard’s fixed income team, fronted by Sara Devereux, has analyzed the potential for active funds to find solid returns in the bond markets. 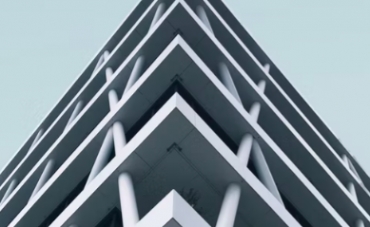 Looking for exposure to a gaggle of securities? With fixed income ETFs, you’ve scored, according to etf.com.

From speculative emerging market debt to “top notch” U.S. government debt, these ETFs blanket the corners of the market, the site continued.

Homing in on this ETF works much like tabbing any other asset class does; it starts with nailing down your targeted exposure or the kinds of bonds that float your boat. From there, it’s a matter of contemplating the credit ratings and interest rate risk the underlying securities of the ETF.

Sovereign, corporate, municipals and broad market are, broadly speaking, the four categories into which ETF’s fall.

Fixed income investments are leveraged by many investors to balance risk and to generate regular income, according to finance.yahoo.com.

Almost like a smorgasbord, while some investors opt for individual bonds, others pluck down their money on bond mutual funds, the site continued. Then there’s a fixed-income ETF, which keys on a less expensive diversified pool of funds.

There’s no backburner when it comes to ETFs; they immediately can be purchased or unloaded. That way, you can time effectively manage your portfolio, according to the site.

Recruiting: no bucking the importance of money. And more 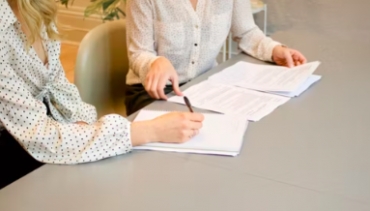 Sure, money makes the world go round….and round, but when it comes to financial advisors changing firms, while cash, of course, speaks, it’s not alone, according to smartasset.com.

They also take into account the way in which their financial well being and personal wealth will be impacted by a transaction.

While it always should land high on the list, the financial recruiting package is among a number of factors it’s incumbent upon advisors to study, the site continued. The package also is impacted by elements such as true payouts, hanging onto clients and office and staff.

That said, according to average annual earnings, the bulk of financial advisors fall in the 90th percentile of U.S. workers, reported smartasset.

Last year, Barron’s reported that the market for financial advisors had been stoked due partly to new rivals entering the mix and a spark in the competition among wealth managers,

Foremost -- besides their wallet -- advisors eyeing moving to new firms are strongly intent on gaining “freedom and control,” said Mindy Diamond, the founder and CEO of Diamond Consultants, according to thinkadvisor.co.

One of the hallmarks of this year’s bear market has been heightened volatility, but that appears to be easing during the rally that started in mid-June. The CBOE Volatility Index, or VIX, is a calculation designed to produce a measure of the constant 30-day expected volatility of the U.S. stock market. The VIX, also called the fear gauge, is hovering around 21, far below the 35 reading earlier in the year, and well below the 85 reading during the height of the pandemic. In fact, the VIX is trading well below its 200-day simple moving average. Volatility has been retreating due to a rebound in the market, with the S&P 500 up 12.5% since its June 16th low. However, a reading over 20 still reflects a heightened sense of fear over the short-term with many market observers believing the summer bear market rally may be short-lived.

Finsum: While market volatility appears to be easing based on recent VIX readings, this may be short-lived with the summer bear market on its last legs.

Based on a recent case study performed by Morningstar, tax-managed model portfolios exhibited a significant boost in after-tax returns. The fund research firm reported that 275 models list tax management as an objective in their database, with 46 tax-managed models launched last year, the most in the past five years. These models typically use Muni bond funds for most of their fixed-income exposure. The models also don’t trade as often as their taxable counterparts. This is to reduce capital gains. For the case study, the firm examined the performance of both types of model portfolios before and after taxes from January 2019 through June 2022. Before taxes were accounted for, the 20% equity/80% fixed income tax-efficient portfolio outperformed the tax-agnostic portfolio by $22,261. However, once taxes were factored in, the tax-managed model portfolio saw a huge boost in performance, outperforming the tax-agnostic model by $38,382, a 72% increase.

Finsum: A recent case study by Morningstar affirmed that tax-managed model portfolios outperformed tax-agnostic portfolios when taxes are accounted for.

The SEC published a staff bulletin on Wednesday that seeks to clarify how brokers and advisors must address conflicts of interest when providing advice to investors. The guidance, which is looking to set expectations, clarifies advisor obligations around disclosing conflicts of interest under the Investment Advisor Fiduciary Standard and its Regulation Best Interest rule. An SEC official stated, "The steps firms take to address conflicts of interest need to be tailored to their particular business model." Companies are also expected to identify areas in their business where their interests’ conflict with their customers and determine what steps they must take to address those conflicts. The bulletin is designed to help with this process. The guidance identifies some of these common sources of conflicts of interest by outlining factors companies can consider in determining if a particular conflict needs to be vacated and possible approaches to dispute mitigation if that is necessary.

Finsum: The SEC recently published a bulletin with guidance for broker-dealers and advisors clarifying the Investment Advisor Fiduciary Standard and its Regulation Best Interest rule.

Published in Economy
Page 2 of 34