Reg BI Sweep to Be Completed Early Next Year 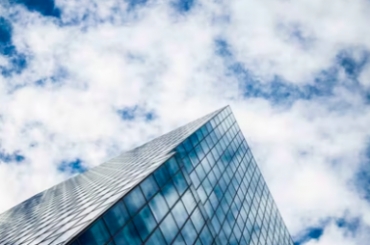 Andrew Hartnett, president of the North American Securities Administrators Association, recently said in an interview that a massive, multi-state sweep of broker-dealers will be completed sometime early next year to gauge the effectiveness of their Reg BI implementation. This should give state regulators “what they hope” will be a clear snapshot of whether firms are putting investors' interests first or not. Last November, similar multi-state exams of 443 firms found pervasive retail advice and sales violations. This was in spite of the fact that Regulation Best Interest had already been in place for more than 15 months at that time. The 2021 sweep found a majority of broker-dealers and reps still putting their interests above their retail clients. The sweep also found that 65% of brokerage firms also failed to discuss lower-cost or lower-risk products with their clients, even when they offered such products. Hartnett stated, “Now we’re out there doing exams again to see where the industry is now, what’s changed and how well firms are implementing the requirements to look at reasonably available alternatives.” NASAA is also ramping up its focus on fees on the registered investment advisor side and expects to release that guidance next year.

Finsum:The time for leniency is over for broker-dealers as the NASAA is planning a multi-state sweep to gauge the effectiveness of their Reg BI enforcement. 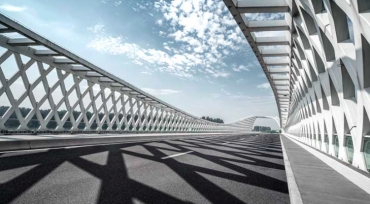 ESG seems to be getting battered by all sides. Not only do ESG funds have to deal with regulators bearing down on their messaging and politicians questioning their purpose, but performance has also been an issue, especially this year. According to a new Bloomberg article, the 10 largest ESG funds by assets have all posted double-digit losses, with eight of them underperforming the S&P 500. This includes the iShares ESG Aware MSCI USA ETF (ESGU) which has $20.7 billion in assets and the Vanguard ESG US Stock ETF (ESGV) which currently has $5.9 billion in AUM. The worst performer so far has been the Brown Advisory Sustainable Growth fund (BAFWX) which was down 28.1% year to date as of Dec 5th. Poor performance in BAFWX can be attributed to a chunk of the portfolio being in software, semiconductor, and internet stocks, which have been hit hard this year due to rising interest rates, inflationary concerns, and the possibility of a recession. However, despite the bad performance, money continues to flow into ESG funds. A recent study by Harvard Business School professors found that investors are willing to accept lower returns in exchange for the societal benefits of ESG. 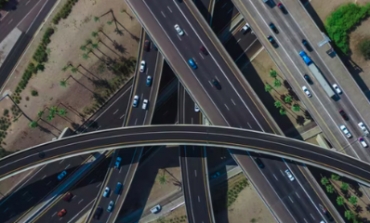 StockSnips, a firm that provides easy access to stock market news sentiment analysis, announced that it has introduced a new SPDR Sector ETF-based portfolio model that ranks sectors by leveraging its proprietary sector sentiment signal. This will be the fifth StockSnips model portfolio that aims to deliver alpha after the launch of equity-based portfolios last year. With model portfolios increasingly attracting assets and markets being impacted by social media, investor sentiment, and chatter, StockSnips believes its signal can quantify those investor sentiment trends, resulting in alpha for end investors. While most sentiment analysis uses a survey methodology, StockSnips separates signals from the noise through Micro-sentiment, focused at the individual firm level. Ravi Koka, CEO of StockSnips commented on the model, "We are excited to bring a sector ETF-based portfolio model to investment advisors and asset managers, leveraging our extensive research in transforming unstructured textual information to a valid signal, and a robust proxy for measuring investor sentiment for a sector.” Their ticker-based portfolio models have performed well so far in a volatile 2022, and they believe the back-testing results for their sector model bode well for investors as well.

Alternatives Poised for Huge Inflows According to Survey

According to a recent survey of active retail investors conducted by Opinium on behalf of Lansons, educating affluent investors on alternatives could lead to huge inflows. Lansons, a leading independent reputation management consultancy, partnered with strategic insights agency Opinium to conduct a nationally representative survey of 1,832 Americans. The survey found that a majority of Americans are unfamiliar with digital platforms that offer access to alternatives. Eighty percent have either never heard of these platforms or don’t know much about them. However, educating these investors could be the key to unlocking massive inflows as investors are certainly open to investing in them. Based on the results of the survey, 20% of Americans would strongly consider investing in alternatives and 7 percent are already planning to do so. In addition, active investors would be willing to allocate 25% of their portfolios, on average, to alternatives. These figures represent more than $1.3 trillion in potential investment. In addition, the current market conditions could provide an opportunity for the industry to educate investors about alternatives as nearly half (47%) of the survey respondents expressed extreme concern about the impact of inflation on their investments. Alternatives such as gold and real estate are generally considered hedges against inflation.

Finsum:If a lack of knowledge on alternative investing could be remedied, alternatives could see massive inflows.

Wells Fargo continues to bolster its recruiting efforts with the addition of four Morgan Stanley advisors generating close to $5.6 million in annual revenue. The largest of the hires is Steven Esposito from Lake Forest, Illinois, who moved to Wells Fargo Advisors’ independent Financial Network channel. He managed $435 million in client assets and generated $2.8 million in annual production at Morgan. Esposito, a 39-year industry veteran, has worked at six firms, including Morgan Stanley for the past 14 years. Roni Murshad, a 20-year-industry veteran from Gaithersburg, Maryland, also made the move from Morgan to Wells FiNet. The advisor managed $79 million and generated $860,000 in annual production. Murshad, who began his career at Morgan Stanley in 2001, left after five years, and spent six years at Bank of America and Merrill Lynch, before returning to Morgan in 2012. In addition, two advisors from Westlake Village, California moved their team from Morgan to Wells Fargo. Howard Lee and Terri Lane managed $400 million and generated $2.1 million in annual production at Morgan. Lee started his career at Lehman Brothers in 1964, while Lane worked at six firms with stints at UBS and Bear Stearns, before joining Morgan Stanley.

Asset managers and retirement plan advisers should be aware of how they are managing and presenting ESG funds. According to analysts at Fitch Ratings, recent regulatory actions are likely to continue into 2023. For instance, last week, Goldman Sachs paid the Securities and Exchange Commission $4 million to settle charges of failing to correctly incorporate ESG research into investment procedures and branding. In another example, on May 23, a BNY Mellon Investment Adviser paid a $1.5 million penalty for misstatements and omissions about ESG representation in mutual funds. In a press release on Tuesday, Fitch said “These types of charges are likely to continue as the SEC looks to crack down on greenwashing.” Fitch also noted that these types of charges can “lead to reputational damage that can weaken franchises, particularly if they occur repeatedly.” Earlier in the year, the SEC proposed updates to fund naming rules and a new mandatory disclosure related to ESG investment practices. Fitch said the agency’s actions have resulted in asset managers being more conservative regarding their ESG messaging.

Finsum:With regulatory actions on ESG greenwashing expected to continue, asset managers need to be more conservative with their ESG credentials.

Published in Wealth Management
Page 10 of 145