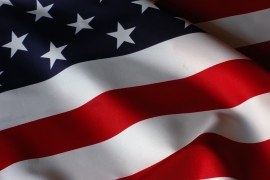 President Biden wasted no time in appointing a new Department of Labor chief. He has named Martin Walsh as Secretary of Labor. Walsh is currently the mayor of Boston and his history offers some insights into what his agenda may be. The Democrats have made very clear that one key component of their agenda is to undue the current DOL 2.0 rule and revamp it with a much stricter Obama era-like rule. That said, the naming of Walsh slightly complicates that picture. He was a union leader in Massachusetts and Biden has celebrated that Walsh is the first union member to lead the DOL in over half a century. Therefore, most think his immediate focus will be on workers’ rights issues and the gig economy rather than on wealth management.

FINSUM: It is hard to say how this will play out, but the naming of Walsh certainly makes it seem like a new rule may be slower in coming than some have feared.

Published in Wealth Management
Tagged under
More in this category: « Goldman Publishes a Crucial Call on the S&P 500 Why Fixed and Variable Annuities Work Well in Tandem »
back to top