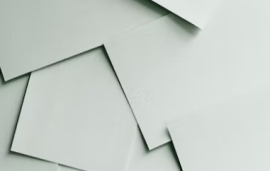 During a recent briefing, Blackstone's private wealth management solutions group explained that private equity and other alternatives have been well suited to perform during volatile times when traditional stocks and bonds have fallen. This has been certainly true this year as equities, government bonds, and most corporate debt have fallen as inflation and interest rates rise and recessionary concerns persist. Private markets and hedge fund strategies, on the other hand, have fared much better. However, the firm also believes that affluent investors are still under-allocated in alternative investments. According to the firm, affluent private investors typically only allocate about 5% to alternative investments. Joan Solotar, Global Head of Private Wealth Solutions at Blackstone told journalists at a briefing in London that “Investors remain under-allocated. Many advisors have found that if they hadn’t allocated to alternatives, then they underperformed. Some advisors, such as those working for decades without ever having broached the alternatives space, might lack the confidence to take the plunge.” Her colleague, Rashmi Madan, Head of EMEA for Private Wealth Solutions said the reason for this is due to a combination of burdensome administrative tasks and the difficulties investors have had accessing drawdown funds.

Finsum:Blackstone stated during a recent briefing that alternatives perform well in volatile markets when traditional securities falter, but affluent investors are still under-allocated.