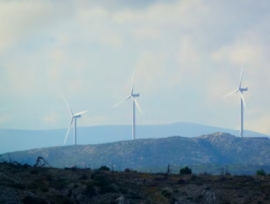 According to Sage Advisory in its recently released fourth annual stewardship report, ETF issuers offered much less manager disclosure and transparency regarding their ESG activities compared to their responses in the previous year’s report. The financial firm said that ETF firms had a “distinct change in tone” and “restrained language” in their responses to the survey. The firm attributes the drop in transparency to pending regulation in Europe and from the SEC that would require issuers to define ESG investments more clearly. Regulators are looking to crack down on firms that government agencies believe are overstating their fund’s ESG credentials, also known as greenwashing. The survey covered seven areas of stewardship such as proxy voting, climate and governance, and had a total of 69 questions. Based on its report, the firm believes that fines and proposed regulations could have both positive and negative consequences. The positive is that greenwashing could become less common, while the negative is that a lack of transparency could become an issue.

Finsum:As a result of pending regulations, ETF firms are becoming less transparent regarding their ESG activities.

Published in Wealth Management
Tagged under
More in this category: « 4 Situations That Advisors Should Consider Direct Indexing Advisor Demand Led to SMA Strategies in Model Portfolios »
back to top