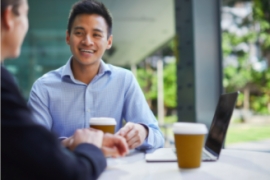 Merrill Lynch scooped up a four-person Citi Private Bank team that manages $1 billion in client assets. The team, which is based in Connecticut and New York is led by Frank A. Falco, who will be based out of Merrill’s Great Neck office on Long Island. The rest of the team includes Kevin C. Condon, John R. Huber, and Alexandra Maksimow, who will be based out of its Stamford, Connecticut office. Members of the team joined Merrill Lynch on a staggered schedule over the past couple of months after serving out their garden leave terms. Falco spent 22 of his 25 years in the industry with Citi. He started his career at Gaines, Berland Inc. in 1997. Condon had been with Citi for the previous seven years and started his career in 1992 as a portfolio manager with U.S. Trust. Huber had been with Citi since 2007 and started in the business at Prime Capital Services in 2005. Maksimow began her Citi career in 2012 as a credit analyst in the commercial bank before switching to the private bank in 2016. The move is noteworthy since the team is coming from the private banking channel and not the wealth management channel. However, Merrill has occasionally pulled in other salaried private bankers in recent years despite its freeze on veteran broker recruiting since 2017.

Published in Wealth Management
Tagged under
More in this category: « Another Surveys Shows Advisors Still Not Embracing Direct Indexing Home sweet home? »
back to top