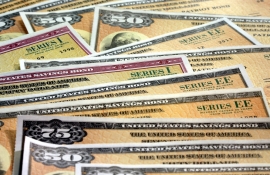 One of the world’s most respected financial columnists—John Authers—has just put out an article arguing that we may be at the bond market’s Dotcom moment. Authers cites the gigantic hoard of negative yielding debt, as well as many charts of soaring 100-year bond prices (check out Austria’s and Mexico’s), to show that the bond melt up may be set to reverse. He argues that at some point soon (it could have already started with the reversal in ten-years yesterday) that investors will revolt against super-low yields, sending prices lower and yields higher. Authers thinks the spark may be unexpectedly higher inflation, which would undermine the whole premise of recent gains. Tariffs are inflationary by definition, so it is not far-fetched to think this could occur.

FINSUM: We think it would take a significant catalyst to cause a big bond pullback (like a much higher than expected inflation report, a suddenly hawkish Fed etc). That is not out of the question, but it does not seem likely.

Published in Bonds: Treasuries
Tagged under
More in this category: « Yield Curve Inversion Reaches Worrying Levels US Yields Will Go Negative says Pimco »
back to top