Fiduciary: rewrite all but rules 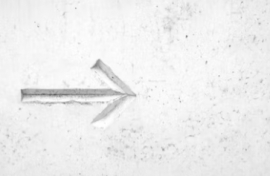 Anyone see the copy desk? It appears the definition of the fiduciary might be in for a rewrite, according to winkintel.com.

At this point, the Department of Labor needs to rewrite its fiduciary definition to all but make all first time advice fiduciary is just about the lone thing still on the table, analysts concur.

In that event, the alternation would pull weight and basically revert the DOL back to its maiden 2016 fiduciary rule, said Brad Campbell, partner at Faegre Drinker law firm. As it stands, the DOL’s package known as the investment advice rule makes rollover advice fiduciary, the site continued.

Valuable investment advice consists of two primary elements. One evolves around a new prohibited transaction exemption. Here, advisors can provide conflicted advice for commissions. The other is a reinstatement of the 1975 “live part test” in order to ascertain that which constitutes advice on investments.

Campbell noted the initiative’s “likely to be a very substantial proposal that will harken back to legal fights of 2016, which the DOL ultimately lost,” according to fa-mag.com.

The DOL, he continued, “is taking the position that fiduciary starts with the initial or rollover conversation. That's a pretty aggressive reinterpretation of what they historically had said, which frankly was ... that most rollovers were not fiduciary,”.

Published in Eq: Total Market
Tagged under
More in this category: « Interest rates? Up and up they almost certainly go. Knock knock….opportunity for financial advisors here »
back to top