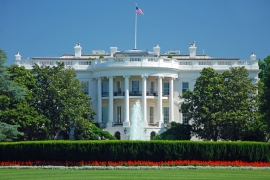 New polls emerging show an interesting picture of how the November election may go. While Biden remains about 5 points ahead of Trump in national polls, what is more interesting is that he holds a 5-point lead in three of the most integral swing states—Michigan, Wisconsin, and Pennsylvania. That is critical because those are the states that trump won in 2016 in order to beat Hillary. If he doesn’t win those states this time around, the odds are very long for a Trump victory.

FINSUM: The state of the economy and the long lockdown seem to be weighing on Trump right now, but there is still six months to go, which is more than enough time for a big swing (in either direction).

Published in Politics
Tagged under
More in this category: « Special Report: Details on the 6 companies who received PPP Loans out of the 1,100 surveyed Twitter Starts Undermining Trump »
back to top

Ignore Next-Gen Clients at Your Own Risk