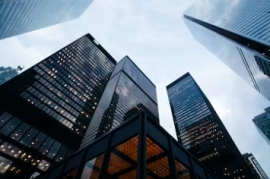 Providers of ETFs that invest based on principles of environmental, social, and governance (ESG) are facing headwinds from multiple sides. First, they are about to be hit with a batch of new rules from the SEC. Secondly, they have been put directly in the middle of a political battle between those for ESG and those who think it is just woke capitalism. On the SEC front, the agency recently published the results of two consultations. The first was on proposals to change the so-called Names Rule. The SEC wants to strictly define how a fund’s constituent investments should be reflected in its name. The second was on proposals for requirements on ESG disclosures for investment advisers and investment companies. On the political front, Florida passed a resolution in August that bans its pension fund managers from considering ESG with regard to their investing strategies. During the same month, Texas criticized BlackRock and nine European financial groups for boycotting the fossil fuel industry.

Finsum:ESG ETF providers are facing criticism on both the regulatory and political fronts.

Reg Bi: some rules to live by 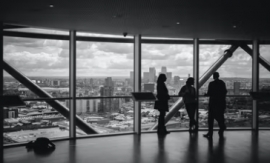 Yeah, well, don’t follow ‘em, you could just find yourself in a bit of tepid water.

In June, five registered representatives or brokers of The Securities and Exchange Commission were charged by the body with violating Best Interest Obligation regulations – known commonly as Regulation Best Interest or Reg BI, according to napa-net.org. The subjects include Nancy Cole, Patrick Egan, Andy Gitipityapon, Steven Graham, and Thomas Swan.

The issue stems from their recommendation and selling of an unrated, high-risk debt security known as L Bonds to retirees and other retail investors. Western sold an aggregate of $13.3 million of L Bonds from July 2020 through April 2021, alleges the SEC complaint. The kicker: many of the customers were on fixed incomes with moderate levels of risk tolerance, while the bonds were high risk, illiquid, and only suitable for customers with substantial financial resources stated the issuer, GWG Holding Inc.

Neither Western nor the registered representatives used reasonable diligence, care and skill to grasp the risks linked with L Bonds, claims the SEC. And it doesn’t stop there. Western also was charged by the SEC of violating Reg Bi’s Compliance Obligation, according to sec.gov/. Western’s policies and procedures were duplicated – and significantly so – from the SEC’s Small Entity Compliance Guide, the SEC charged. As for specific tailoring to Western’s particular business? It had none. 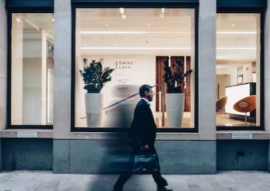 Fund giant BlackRock is warning regulators that the SEC's new proposed rules to fight greenwashing by fund managers could create more confusion and lead investors to think their holdings are more socially conscious than they are. Specifically, the firm is concerned over a key detail in the proposal that would require managers to say how ESG issues fit into strategies that also consider other factors. It sent a letter to the SEC arguing that the detail could mislead investors about how much environmental, social, and governance issues factors into stock and bond decisions. The SEC had proposed new regulations for ESG funds in May, which are expected to be finalized in the coming months. BlackRock’s argument has been echoed by industry trade groups such as the Investment Company Institute and the Managed Funds Association. However, these arguments are unlikely to stop the SEC’s crackdown on ESG labels.

Finsum:Blackrock sent a letter to the SEC warning that the new proposed rules on ESG labels will only muddy the waters. 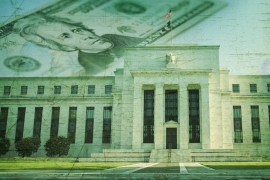 Annuities have been one of the hottest topics since the Secure Act 1.0, allowing them to be a part of retirement plans, and that could be ramping up. The House of Representatives has approved the Secure Act 2.0 with an overwhelming majority of 414-5. Provision 201 would allow the minimum requirements distribution age to be increased from 72 to 75. Another key part of the bill is the automatic enrollment in 401(k)s with a very high contribution percentage. Life insurers are ecstatic about the bill and many believe this will drastically increase the demand and supply of annuities.

Finsum: Most investors underate these small changes to legislation that really open the gates for investments and spur lots of interest. 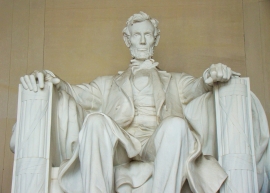 President Biden announced he is going to nominate Michael Barr, former Assistant Secretary of the Treasury and current dean of the University of Michigan's Public Policy School, for the Feds Vice Chairman of Supervision. Previously nominated Sarah Bloom Raskin pulled her nomination with harsh criticism from Republicans because she argued the Fed should discourage lending to traditional energy companies. Barr will be stepping into a difficult role but has experience in Government. He helped create the Consumer Financial Protection Bureau. Critics have said that Barr had been easy on bank regulations during the Obama admin and others were suspicious as to his role with Lending Club and Ripple Labs.

Finsum: This is a relatively new position but it has critical regulatory power for the financial system.

Published in Wealth Management
Page 1 of 11