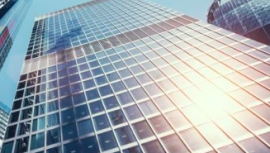 Global turmoil is on the rise, but just as threatening to domestic returns is skyrocketing wages in the U.S. Sure there were great returns last year despite higher wages and inflation, but what stocks are primed to succeed in this current environment? The first is Arcutis Biotherapeutics which has an important drug in stage three clinical trials, which Goldman says could be very profitable. Next is Tricidia another pharma company that has a high buy rating and a potential upside of 126% according to analyst Madhu Kumar of Goldman. Coupang is the final pick which is a South Korean e-commerce retailer. They showed impressively robust revenues when the economy reopened and has great operating leverage according to Eric Cha of GS.

Finsum: These could be potentially good candidates in the tumultuous markets we are seeing currently.

Published in Markets
Tagged under
More in this category: « The Problem With Income Model Portfolios JPMorgan’s Best ETFs for Volatility »
back to top