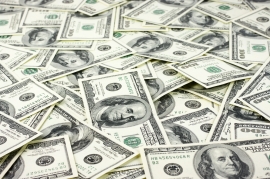 The market has been nervous for months about growing inflation in the US. The Fed has tried to appear sanguine about it, and has so far done a decent job of keeping fears in check. However, a blowout inflation report this month, as well as more hawkish comments this week, means that anxiety is rising strongly again. And according to Jeffrey Gundlach, the fears are justified as he believes inflation will not be “transitory” as central bankers have been predicting. One of his core arguments is that inflation may become a self-fulfilling prophecy, where consumers start stocking up on items now to avoid future price rises, which in turn causes shortages and drives prices higher.

FINSUM: The self-fulfilling prophecy is a good near-term argument, but we have a longer-term one: demographics. The largest generation in the history of the US—Millennials—are coming into their peak earning and buying years, which is creating demand for literally everything, and supply is tight across almost all industries. Inflation looks inevitable.

Published in Bonds: Total Market
Tagged under
More in this category: « Real Yields are a Huge Warning Sign The Bond Market Has a Big Correction Looming »
back to top