Does Germany Have the Answer to Mass Coronavirus Layoffs? 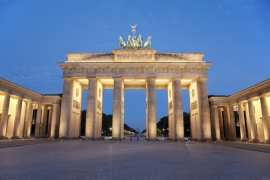 Germany has been very successful over the last three decades with a fiscal stimulus strategy that helps to offset mass unemployment during economic downturns. The tactic is called “kurzarbeit”, or short work, and a policy by which instead of getting laid off, workers go on shortened hours and the government pays a portion of their salary to offset costs for the company who employs them. A typical example would be a factory that needs to cut a group of workers’ hours by 80% as demand shrinks. In this case, the employer would pay 20% of the previous wage, with the government covering something like 60%. This leaves the worker with 80% of the previous wage, and the prospect of still having a job so that when the economy improves, they just go back to full-time.

FINSUM: Our team has family in Austria and Germany that are currently on a kurzarbeit program and have done so in the past (during the European debt crisis nine years ago). It works very well and is something that the US should seriously look at right now. That said, Germany has some advantages that make it more feasible—it has lower property rents, and it is a nation of savers, meaning there is more margin for error in household budgets.

Published in Eq: Total Market
Tagged under
More in this category: « Coronavirus Could Lead to an Economic Depression The Worst of the Selloff Hasn’t Even Begun »
back to top