BAML Says Why There Will Be No Recession 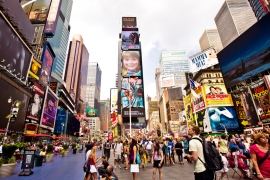 Stop worrying so much about the US economy. That is what Bank of America is saying. The bank’s CEO went on the record yesterday explaining the simple reason that the US will avoid a recession. That reason? US consumer health. Moynihan cited internal statistics from BAML that showed that consumer spending has risen almost 6% in Bank of America accounts in the last 12 months versus the previous 12 months, showing that consumers are healthy. Consumer spending makes up 68% of the US economy. Moynihan was dismissive of the yield curve inversion, saying it is likely just a product of an influx of money because of negative yields elsewhere.

FINSUM: Bank of America is the largest US deposit holder, so it has an unparalleled insight into consumer spending. We think this is quite a positive sign.

Published in Eq: Total Market
Tagged under
More in this category: « The Big Equity Market Risk No One is Pricing Why This Market is So Tough »
back to top