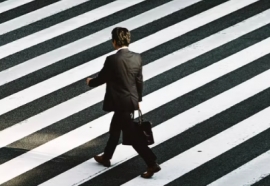 Available in a gaggle of shapes and sizes, fixed income securities are a staple of investor portfolios, according to etf.com.

They’re loans, of course, from the public investors to an institution in the market for cash. The borrowers and investors issue the bonds. Naturally, the investors expect to be reimbursed and compensated for the ability to tap into their money and the risk they’re assuming in extending the loan, the site continued.

Often, that compensation or the interest on the loan, is a regularly paid coupon.

With net inflows of $910 billion into U.S.-listed ETFs, ETS had an unprecedented year in 2021, according to eftdb.com. That said, with the momentum taking a turn later in the year, ETFs experienced a spike in flows, which is expected to extend into this year – in the fixed income space particularly, stated Todd Rosenbluth, head of ETF and mutual fund research at CFRA.

Meantime, logic seemed to go somewhat out the window with U.S ETF flows through June in light of persistent hearty inflows given markets that were drastically toppling, according to insight.factset.com. Although stocks sagged nearly twice as much, stocks experienced healthier ETF inflows than bonds.