A Big Risk for REITs 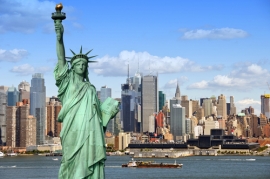 If you have been investing in REITs over the last few years, one of the key driving mantras has been the idea that one should move away from brick and mortar-oriented retail REITs and toward those that are more ecommerce-focused. In other words, buy REITs focused on warehouses, not those on malls. However, that arithmetic might be changing, as the big boom in warehousing is now facing headwinds because of the trade war. Recently was the first time in years that “the market didn’t lease to its full potential”, said a trade group in the space. The sector is “uniquely exposed to trade activity and manufacturing activity, which are very much impacted by the tariffs”.

FINSUM: To us this seems more likely to prove a short-term headwind than a long-term issue given the driving force behind warehouse growth is not actually tied to any trade policy, but a broader change in consumption patterns.