Bonds….James…..nah, but they could spell an uptick in real income 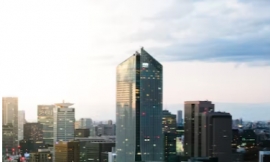 Few probably are pounding away for a repeat performance of the bond markets in the first half of the year. But an upbeat perspective among investors is warranted, according to corporate.vanguard.com. And, why, pre tell, is that? Bonds are on the precipice to dispense a spike in real income and restart their role of diversifying portfolios.

Even so, however, the road ahead is sprinkled with a plethora uncertainties and variables. The upshot: among other things, for another season, inflation seems bound to remain abnormally high.

At the same time, unlike the recent past, corporates, municipals, high yield, and emerging markets pose plenty of chances for growth.

Bloomberg Barclay’s US Aggregate Bond Index plunged 8.8% since January, according to fidelity.com. That was its steepest drop off in 40 years. What’s up? Investor trepidations over rising interest rates and the fear it could put a dent in the price tag on bonds. That usually translates into a drop in bond prices and rising bond yields.

However, it also could be where opportunity knocks. The Fed’s plan to revert rates to “more historically normal levels” could tee up a chance in bonds for may of those with an eye on income, principle protection and diversification in the second half of the year and more.