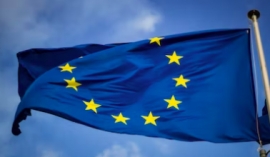 Lingering doubts over escalation inflation and the response of the Fed aside, longer duration US Treasuries and investment grade corporate debt ETFS are the cat’s meow among European investors, according to etf.com.

As of the end of July, in Europe, fixed income ETFs attracted more than $4.2bn over the past three months, according to data from Bloomberg Intelligence.

Meantime, Fitch Ratings reported that, in all likelihood, U.S. insurers will continue, unabated, to up their fixed income exchange-traded fund holdings, according to pioonline.com.

Since last December – when new guidelines kicked in in The Big Apple -- Fitch indicated it has rated 10 such ETFs. It eased the way for insurers to hang onto shares of fixed income ETFs. Until Jan. 1, 2027, shares of an ETF, for the purpose of a domestic insurer’s risk based capital report, on the condition the ETF satisfies certain criteria, in a regulation adopted by the New York State Department of Financial Services. It became effective Dec. 15.

Published in Bonds: Treasuries
Tagged under
More in this category: « Rate Hikes Have Made Short-Term ETFs More Attractive Bond Volatility at Peak Pandemic Levels »
back to top