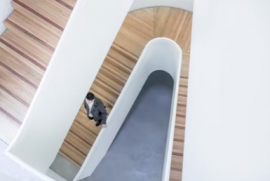 First Republic Bank’s wealth management unit added two wealth management teams to its ranks last week. The firm announced on Wednesday that a Merrill Lynch Private Wealth Management team that manages over $1 billion in assets left the wirehouse after 15 years to join First Republic in Palo Alto. Theresa Rutledge and Anthony Custodio, the lead advisors, each produce $4.3 million in annual revenue. Both have a $10 million account minimum. Then on Friday, the Silicon Valley bank announced that it lured another top producer to the bank, this time from J.P. Morgan Advisors. David J. Loeb generates $1.8 million in annual revenue and manages $250 million in assets. The advisor is located in Palm Beach Gardens, Florida, where First Republic is looking to expand. The company, which has over 200 brokers, has hired around five teams this year, which puts it on pace with its annual average of 10.

Published in Economy
More in this category: « Market Volatility Easing During Summer Rally Investors Pull $29 Billion from Pimco »
back to top