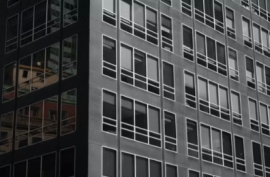 Congress has put forth a new bill, the Inflation Reduction Act, which will put lots of measures in place in order to limit inflation. Manchin (West Virginia D.) finally came to an agreement with Check Schumer in order to move forward. Mark Zandi, Chief Economist at Moody’s, said that this will move both the economy and inflation toward the long-term goals. The bill will primarily be paid for with higher corporate and income tax rates on the wealthy and will fund lower drug costs, clean energy projects, and debt reduction. Others say the tax ‘hikes’ are really just loopholes being closed, and this is just a mini Build Back Better Bill. Moody’s expects the impact on inflation to be modest at best tapering inflation by only a third of a percentage point by 2031 and boosting growth by 0.2% in the same time period. The act hasn’t been put forth into law, but it could be close with Manchin.

Finsum: A coordinated monetary/fiscal effort will be needed to cure inflation without a recession, but these reductions aren’t nearly enough.

Published in Economy
More in this category: « Investors Leaning on Advisors to Navigate Volatility In the light of volatility, advisors can throw clients rope »
back to top