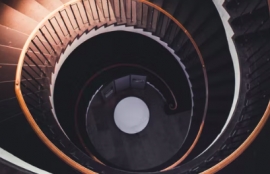 Q1 GDP came in negative for 2022 which means all it takes is a subsequent negative output report for the U.S. to slip into a recession. Goldman Sach’s Chief Economist David Mericle says this slowdown is all but inevitable, however it comes with a small advantage for markets. That is if the U.S. does slip into a recession or advanced slowdown, the Fed has no option but to stall rate hikes. All of this culminates in Goldman predicting a 75 bps hike in July, 50 bps in September, and slowing to just a quarter point in the final two meetings. Mericle is calling for a 30% chance of a recession with ultra-low 1.5% growth in the upcoming year. However, this would be quite a swing from the jobs report we have seen in recent months with strong numbers and positive growth.

Finsum: Most of Q1 GDP growth slowing was because of government spending, and consumer activity was remarkably robust; people may be too bearish about the economy.

Published in Economy
More in this category: « Fixed Income ETFs See Most Flows Blackrock Introduces Model Portfolios Tailored to Women »
back to top