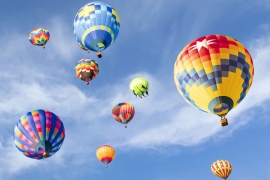 Fintech firm WBI and ETF provider Pacer recently announced a strategic partnership to transform how financial advisors interact with clients to personalize and implement model portfolios. WBI offers investment technology that optimizes multi-manager portfolios that target loss or return. The platform’s interactive toolkit takes inputs from the client and assistance from an advisor and establishes client benchmarks for loss and return. The imbedded invest-tech then optimizes a portfolio to meet the client’s targets. Advisors can instantly customize the portfolio to position the client for success. Pacer is a well-known ETF firm that focuses on strategy-driven, rules-based ETFs. The two firms will work together to promote the targeted loss portfolios of WBI’s technology platform. WBI and Pacer will also look for other opportunities to partner on model construction. Matt Schreiber, Co-CEO at WBI had this to say about the partnership, "WBI is excited to work with Pacer. Their rules-based ETF offerings seek to produce strong risk-adjusted returns which are favored by the platform’s optimization engine. This partnership allows both parties to build on the momentum around our innovative products and shared mission to help improve investor outcomes." 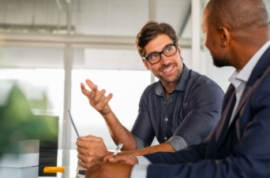 Following Altruist’s recent announcement that is enhancing its Model Marketplace and adding UMA capabilities, the firm has now announced a partnership with ESG firm HIP Investor to provide advisors with access to its Fossil Fuel Free Portfolio models. HIP, which was founded in 2006, manages impact-themed strategies and ESG portfolios for advisors and investors. The addition of the ESG models expands Altruist’s values-based investing offerings. Adam Grealish, Head of Investments at Altruist, stated the following as part of the announcement, " With HIP’s Fossil Fuel Free Portfolios on our platform, advisors can build portfolios for any stage of their ESG journey—from dipping in a toe to full allocations to climate action and impactful investing. Our partnership with HIP Investor represents a cornerstone in our continued expansion into values-aligned and higher-impact investing." The firm is also telling advisors to expect more offerings within its Model Marketplace in the coming months.

Finsum:Altruist continues to expand its Model Marketplace with the addition of Fossil Fuel Free model portfolios managed by HIP Investor.

Change – but hardly simply for the sake of it

With advisors increasingly turning to model portfolios, it seems the financial product distribution landscape’s in the crosshairs of transformation, according to broadridge.com.

Particularly significant, they’ve had a big time role in packaged mutual fund advisory programs where an advisor hands off discretionary investment management to an internal investment committee/research team at a distributor.

Of course, one size, as you’ve probably heard, doesn’t fit all advisors, broker/dealers and asset managers throughout the industry. Their lights are lit by different factors to leverage model portfolios, the site continued.

Ah, but at the same time, bear in mind that if you’re a, um, control freak, you might want to think twice about model portfolios. Probably do anyway; think twice that is. Anyway, in going with the portfolios, you surrender some control of your asset management, according to smartasset.com. Then there’s the fact that, as with other investments, if you’re looking for a sure thing in terms of performance, forget about it.

That’s to say nothing of the additional fees tacked on with model portfolios that would be a non issue if you selected investments on your own.

That’s right: model portfolios seem to be one of cool kids 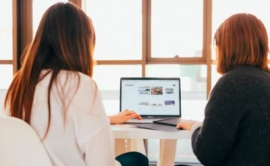 It seems model portfolios are one of the cool kids on the block with more financial advisors groovin’ to ‘em, according to research from Cerulli Associates, reported smartasset.com.

And, as they say, there’s always room for more, 26% of advisors turn to similar third party resources, according to Cerulli. Ah, but they do throw in modifications to the portfolio to, you know, accommodate the needs of preferences of the clients.

And there’s this: model portfolios could be peeking even further around the corner.

In fact, the industry’s segue to a financial planning oriented service model’s expected to be a major force toward the adoption of model portfolios, expects Cerulli, reported thinkadvisor.com.

What’s more, chew on this: Cerulli indicated that advisor groups that whip up individually tailored portfolios – or practice level custom models could put a major dent in the time they divvy by opting for model portfolios. 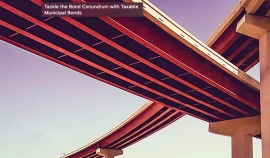 Altruist recently announced that it is adding unified managed accounts to its portfolio management capabilities. Altruist is a fintech company that offers a next-generation custodial solution built for independent financial advisors and their clients that combines software to manage a portfolio with and a powerful brokerage platform to invest. The new UMA capabilities will allow advisors to now mix and match models to create core-satellite or best-of-breed portfolios. The new feature will allow advisors to access third-party investment models from top asset managers through the firm’s Model Marketplace to create individual portfolios that meet clients’ investing goals. Advisors will also be able to include their own custom models as building blocks for client portfolios. The company launched its Model Marketplace in February 2021 featuring its own investment models, the Simplicity Series, as well as models from Vanguard and Dimensional Fund Advisors. Models from BlackRock, Redwood Investment Management, and State Street Global Advisors were added later on.

Finsum:Fintech firm Altruist announced the addition of UMAs to its model marketplace to allow advisors to mix and match models to create portfolios.

Published in Wealth Management
Page 1 of 9