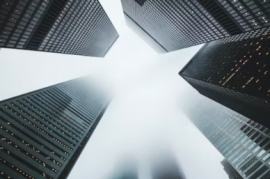 If a new bill in the Senate gets passed at some point, ESG investing in retirement plans may become a thing of the past. On July 26th, Senator Mike Braun of Indiana introduced The Maximize Americans’ Retirement Security Act (S. 4613), legislation that would clarify that the fiduciary duty of plan administrators is to select and maintain investments based solely on “pecuniary” financial factors. Based on the legislation, pecuniary factors are defined as any factors that a fiduciary prudently determines are expected to have a material effect on the risk or return of an investment. The bill, which was co-sponsored by seven other GOP senators, would curb the Department of Labor’s efforts to make it easier for plan fiduciaries to consider ESG factors when selecting plan investments. ESG investing has become a hot political topic as of late, and its recent underperformance during the bear market has only further added to the scrutiny.

Finsum: With ESG becoming a hot political issue, GOP Senators introduced a bill that would curb the DOL’s efforts to make it easier for plan fiduciaries to consider ESG factors in plan investments.