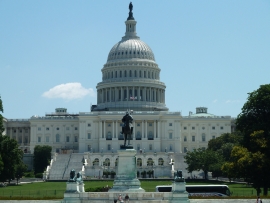 In what comes as a real eye opener, the House passed a bill this week that would block the SEC’s ability to enforce its new fiduciary rule. The driving force behind the rule, you guessed it, Maxine Waters. The measure came as part of a broader bill regarding the funding of federal agencies. The bill now heads to the Senate, where it will likely be changed and then re-voted on. Democrats, who are in charge in the House, are worried the SEC’s rule does not go far enough to protect investors.

FINSUM: The interesting thing here is that this bill is likely not totally dead in the Senate. We wonder how hard the Democrats will stick to this part of it.

Published in Wealth Management
Tagged under
More in this category: « Trump May Lower the Capital Gains Tax The SEC Says its BI Rule is Perfect as it is »
back to top