2023 Could Be Great Year for Bonds According to Strategists 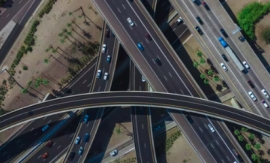 There is no doubt that government bond and corporate debt markets have taken a beating this year due to inflation and rising interest rates. But that may change next year if two fixed-income strategists are correct. On Tuesday, Gurpreet Gill, macro strategist, global fixed income at Goldman Sachs Asset Management said that “The year ahead is shaping up as the most promising for fixed income in over a decade.” While speaking at the Edelman Smithfield Investor Summit in London, Gill noted that valuations in fixed-income markets were looking more appealing than they were a year ago. This included emerging markets and corporate bonds. She stated, "We think it makes sense to be in high-quality short-duration assets, in agency mortgage-backed securities markets in the U.S." Gill isn’t alone in those thoughts. Sara Devereux, global head of Vanguard Fixed Income Group, said last Friday that “The recent debt rally brought the chance to reduce credit exposure and buy mortgage agency securities based on valuations, setting up what promises to be a bond picker’s paradise in the new year.”

Finsum:Two fixed-income strategists expect next year to be a great year for bond pickers due to lower valuations.