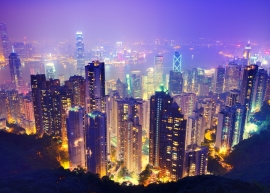 Hong Kong has erupted into full scale riots with over 1m people taking to the streets. Protesters are angry over a new measure that would allow mainland China to extradite accused criminals from Hong Kong to their courts, a measure which many in Hong Kong say is a clear violation of China’s agreement to leave Hong Kong’s freedoms in place for 50 years. The US has condemned the measure in serious terms, but the reality is that Hong Kong’s fate, and the US’ protection of the city-state, may become a pawn in the trade war, with the US government using it as an element to help it get a better deal.

FINSUM: This seems like one more way for Beijing to exert control on Hong Kong, and we dislike it as much as the protesters on the street. There has been a furious international backlash to the proposal, but it remains to be seen how it may impact the trade war. One more thing we think is important to note: there are 85,000 Americans living in Hong Kong.

Published in Politics
Tagged under
More in this category: « Chinese Tariffs Could be “Catastrophic” for US Economy Trade Truce is Becoming Less Likely »
back to top