An Emerging Markets Rally is Starting 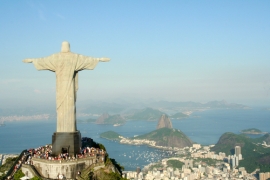 Emerging markets have been in a really tough patch lately and generally entered a bear market recently. Their losses have been urged on by higher rates and a stronger Dollar. However, the situation may be about to turn around. The argument is from UBS Asset Management, who says that EMs have de-risked from five years ago during the Taper Tantrum, and that they are in a much stronger financial position now. In particular, whereas investors were worried about EM risk during the Taper Tantrum, now the losses have just been down to a rising Dollar, which does not signal any fundamental weakness.

FINSUM: Our worry with this argument is the lack of a catalyst. While all of what UBS argues may be true, what will cause the market to comprehensively reverse?

Published in Eq: EMs
Tagged under
More in this category: « Why Emerging Markets Look Likely to Flop What to Make of the Emerging Market Bond Rally »
back to top